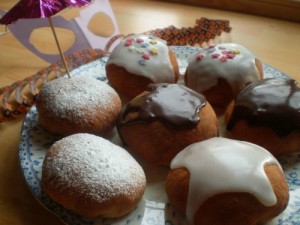 Fastelavnsboller Recipe – which translates to Shrovetide buns, is a traditional Danish snack enjoyed during a festival called Fastelavn. Fastelavn is a Nordic holiday that falls on Sunday or Monday before Ash Wednesday. They call this day Shrove Tuesday. Think of the holiday as a Nordic version of Halloween. Fastelavnsboller comes in a sweet that adults give out to kids.

What’s more, it’s in a song that the kids sing when asking for treats while going house to house. The song is called ‘Boller op, boller ned’, which translates to Buns up and bun down. Basically, the song goes that there’ll be trouble if they don’t get buns in their stomach. The interesting about Fastelavnsboller is that they are different ways you can enjoy the Danish pastry.

For one thing, you can try different toppings including a chocolate glaze, sprinkles, and crushed nuts. You can even try playing around with the filling by adding some jam or some chocolate. Aside from this, the bun can also be made with a regular yeast dough and be sliced open before the filling is added.

Tip: The glaze is made from approx. 2 dl icing sugar for 1 tbsp. water.

As stated, Fastelavn is a Nordic holiday that falls on Shrove Tuesday and is similar to Halloween. During this festival, kids go around in costumes and ask for treats from house to house. They sing the ‘Boller op, boller ned’ song and Fastelavnsboller is passed around. What makes this holiday so different is that there are different traditions involved. One of these is to ‘slå katten af tønden’ a.k.a “beat the cat in the barrel.” Currently, this involves kids taking turns at a barrel filled with candy until the candy was knocked out. Back then, however, the tradition involved an actual cat in the barrel.

Another tradition done during this Nordic holiday is that people decorate their homes with fastelavnsris. Fastelavnsris is a birch twig decoration that is adorned with multi-colored feathers and paper ornaments. Some even adorn the twigs with sweets. The twigs are meant to represent the transition of the winter season to spring.

History of Fastelavnsboller and Fastelavn Traditions

When it comes to the history of Fastelavnsboller, it is said that the sweet dates back to the 1600s during the period of indulging in good food. The Danish treat has no specific origins for its creation, but it’s one version of a Scandanavian treat that involves a bun filled with cream. The history of the Fastelavn traditions on the other hand, has plenty of details behind them.

For the ‘slå katten af tønden’, it was believed in the past, black cats were believed to be witch companions. So, a live black cat would be placed in the barrel as a way to “beat away evil spirits.” Over time, however, the cat was shifted to non-living materials like a fabric scrap cat.

As for the fastelavnsris, there was a belief that the birch twigs possessed the power of fertility. That’s why, in the past, young, childless women would be flogged with them to make them fertile. On a lighter note, the twig was also used by children to gently wake up their parents for the holiday. From this, they would be rewarded with Fastelavnsboller, which gave birth to the tradition of giving out the sweet during Fastelavn.

We have plenty of other sweet Danish recipes you can try including our “Havregrynskugler Recipe” and “Pebernødder Recipe.” 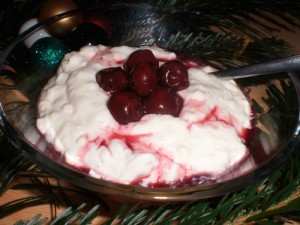 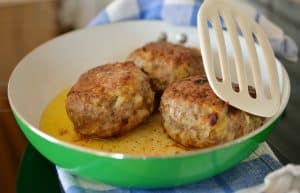 Danish Meatballs, otherwise known as Frikadeller is one of the classic types of meatballs that is considered as a national dish in Denmark. The literal 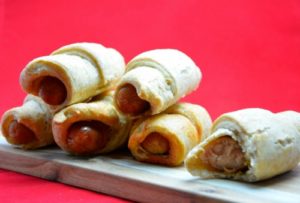 Pølsehorn Recipe – another name for this dish is Danish sausage rolls. Sausage rolls are something that many are familiar with. It is basically sausages 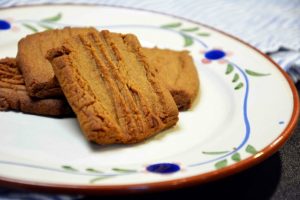 Bastogne biscuits are a Belgian biscuit – I think Bastogne is at least a city in Belgium, but you cannot always take that as a