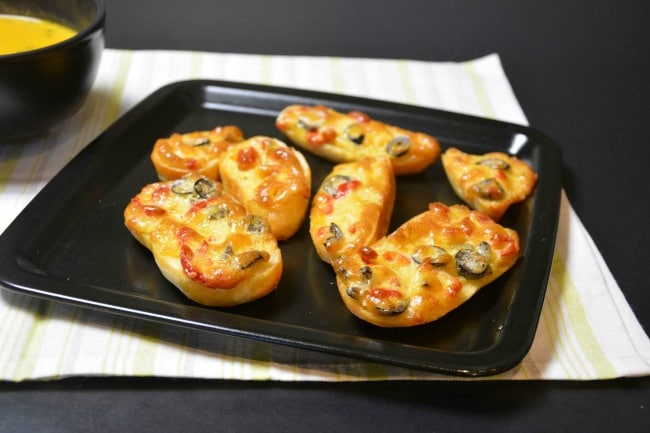 A Crostini is an Italian words that means “small crusts”. And that’s exactly what it is. Small crusts or small slices of toasted bread or anything, almost. The same word is also used to describe croutons.

Crostini reminds me a little of bruschetta – which is also a roasted Italian bread – but is usually less. Both are often served as antipasto, which means ‘before the meal’, ie as an appetizer or part of the appetizer.

There are many different crostini. A classic in Tuscany is crostini neri, which is a bread lubricated with a black – neri meaning black – cream made of, among other things, liver, anchovies and hijackers. It’s not the one you get the recipe for here. Below you get the recipe for one of my favorites, which we often eat for carrot soup. What is it called? I do not know, we can call it the “peperoncino e cheddar” (chili and cheddar).

Ingredients for 4 people as accessories for the soup

How to make crostini

Another of my favorites, which I like to eat as a snack – a small, delicious snack – is crostini with ricotta and parsley pesto. It’s very simple. I shake a slice of rustic bread – flute, ciabatta, baguette or similar. Will get a good rocket ricotta and drip pesto over. And then it’s ready to be eaten.

Do you want to serve more dishes for the starter or the buffet is my suggestion:

So, at least, you’ll be well around the world. It’s just a suggestion, you can find many other small, delicious dishes here on the side. 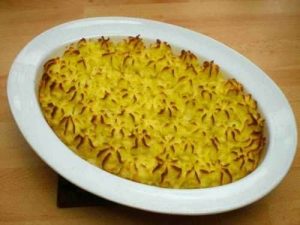 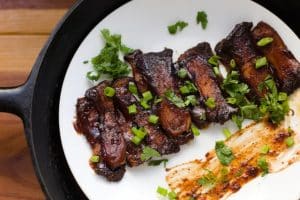 Sous Vide Beef Short Ribs. Beef short ribs are a classic dish that has been prepared for many years. They are tough cuts of meat 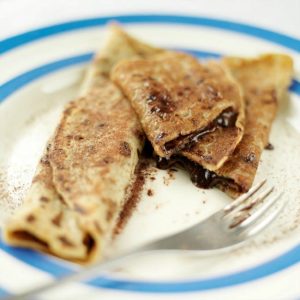 Pancakes are probably the dessert or “cake” that is most popular in Denmark – more popular than even chocolate cake. Both pancakes and chocolate cake

The mussel soup is a soup that is easy and quick to cook and tastes so delicious. You can easily make it for New Year