Made its debut in the year 1972 in a pub in England, Banoffee Pie is an English dessert pie made from bananas and toffee (caramel). Though the name suggest, pie, however it is not bake in an oven but on a refrigerator. Yes, you read it right. It should be kept cold but not freeze to keep the assembly base intact.

Historically, the first banoffee pie was made out of boiling an unopened can of condensed milk for several hours. However, in some instances, this process results in explosions, thereby I do not recommend it. That is why, in here I’ll show you how to create a safe, non-explosive but explosively tasty banoffee pie.

The cake is one of those kinds of cakes where you either can’t get enough after a piece or can keep it, take out, and eat later. But I have not met anyone who did not like the cake, and I do not know anyone who does not like bananas (though they may exist somewhere).  If that happen, you can change the banana with another fruit, for example. Apple or mandarin orange.

How to make a banoffee pie

A banoffee pie must be cut with a sharp knife.

Or you can watch the video below:

Remember:  Always secure your spring form pan so that you can create a stable banoffee pie. The tighter it is locked, the better the form will be.

See also the recipe for pavlova and flapjacks here. 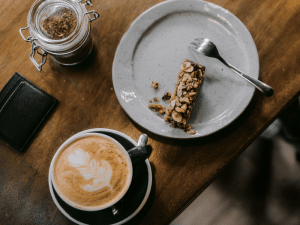 What Drinks Can You Serve To Guests After Lunch?

Many people overlook the importance of drink selection during meals, but it is still a crucial aspect of enjoying a meal that can influence the 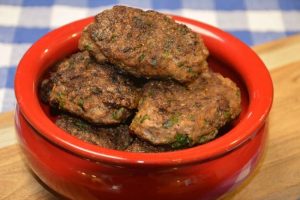 Köfte or kofta is the Turkish word for frikadelle or meatballs, which is really the same. In Denmark, we called the fried meatballs frikadelle and 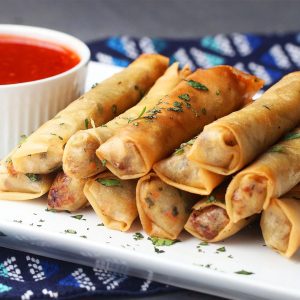 Filipino Lumpia Recipe – Springs rolls are a dish you can find in Southeast cuisines. In Filipino cuisine, lumpia is the general term for spring 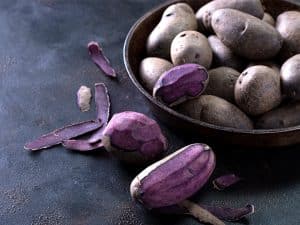 Can Ube be Eaten Raw?

Can Ube be Eaten Raw? – There is no short answer to this. Ube is a root vegetable you can find growing in the Asian