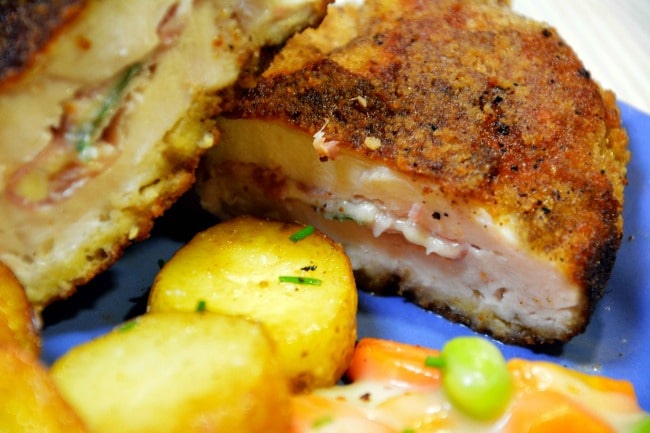 Cordon bleu – or gordon bleu, as many mistakenly call it – is a dish, I – every time I serve it – think why we do not get it more often. Cordon bleu is crisp, crunchy exterior, the juicy meat and its soft creamy interior of melted cheese dish. Interesting, isn’t it?

In French – the Cordon bleu means “ribbon blue” – ie “blue ribbon”. The term is used in several contexts both inside and outside the kitchen and is used inter alia about food of a very high standard. And that’s, without doubt, is cordon bleu.

What is Cordon bleu?

It is a piece of meat wrapped around or filled with cheese and ham. Originally a schnitzel with cheese. The dish originates from Switzerland and is from around the 40s. The chicken variant only came into the late 60’s.

When I do this dish I use chicken. I have also tasted it with pork but I prefer chicken. Of course it is a taste of taste, and you are free to replace the chicken breast with a veal or pig chop or another piece of meat.

How to make cordon bleu

On the picture, the dish is served with raw potatoes and stewed carrots and edamame beans, but you can easily choose other accessories. Such as hasselback potatoes and béarnaise sauce and maybe a tomato salad.

If you want to make the dish with a piece of pork or veal that is not thick enough to cut a pocket, you can knock it thinly and flat and fold it around ham, cheese and salvia and close the meatloaf, turn in flour , eggs and bread crumbs etc.

That’s one option. The other option is to pan the meat into flour, egg and crumbs, fry it, place it on a baking sheet / grill, put on ham, sage and cheese and throw it in the oven – possibly under the grill – and fry it until the cheese starts to melt.

Cordon bleu – or gordon bleu, as many mistakenly call it – is a dish, I – every time I serve it – think why 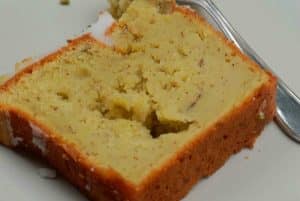 Banana bread has nothing to do with bread – it’s a cake. It tastes good with icing – which also draws the thought of cake. 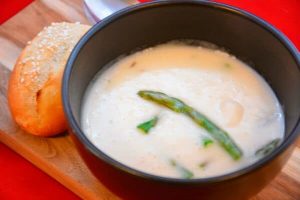 Mums asparagus soup. During my childhood, the asparagus was something we got as scrub for a big family celebrations. They are quite expensive then, ‘till 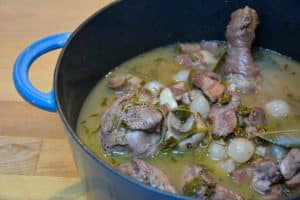 Coq au vin is a French dish which literally means rooster with wine. To make it more precise, the dish was first created using a