Sous Vide Beef Short Ribs. Beef short ribs are a classic dish that has been prepared for many years. They are tough cuts of meat and need to be cooked slowly to break down the collagen into gelatin, making them tender and delicious. Short ribs can be made with different spice rubs and sauces, but sous vide is the best method to prepare them because it guarantees you don’t over or undercook the meat.

The sous vide method requires a cooking device such as an Anova precision cooker by ChefSteps. This method gives you much better results than oven roasting or boiling on the stovetop. You simply seal seasoned beef short ribs in a bag, then cook them at 134 degrees F for 72 hours. After cooking, the ribs can be quickly seared in a hot cast-iron pan to give them color and crispy edges.

The traditional way to prepare beef short ribs has always been braising them slowly over low heat in a liquid such as red wine or stock. This process often takes 3 or 4 hours, which is far too long for tender meat. The sous vide method breaks down the collagen in the beef more evenly and quickly so that the ribs are tender in about 3 days instead of 3 or 4 hours.

Where Do Short Ribs Come From?

Short ribs are cut from the beef chuck primal where there maybe three or four sections depending on where they were cut from, called bone-in or boneless.

In a beef carcass, ribs 6 through 12 are spareribs and contain part of the floating rib bone, which is exposed by cutting or sawing from the top down towards the backbone toward either side of the animal’s chest cavity. The rib portion, also known as back ribs, comes from the lower section of ribs.

Ribs 6, 7, and 8, the inside ribs, are next to the bone, while numbers 9, 10, and 11 are center-cut first-cut or side ribs. The last three ribs are called country-style ribs. Any one of these sections can be cut into beef short ribs. The section is also known as flanken cut in some places.

Short ribs have a lot of connective tissues, which are composed mostly of collagen. Because they are tough, they require long cooking and need to be tenderized by drying or wetting with some type of marinade to make them palatable.

Generally speaking, the smaller the rib from which it was cut, the smaller its size. Short ribs come three ways:

Short ribs can be crosscut or boneless, brisket bone-in, and flanken-cut style. Cut from beef chuck between two and five inches thick.

Crosscut short ribs are typically 2 to 3 ” wide and contain a section of the rib bone approximately 2 ” long or more. This kind of short ribs is typically 10 to 16 ” long.

Bone-in beef brisket can be cut into crosscut short ribs, or they can be cut length-wise for the center cut known as a first cut or side ribs. Brisket bone-in short ribs are cut 2 to 3 ” wide, containing a section of the brisket bone approximately 4 ” long or more. Depending on where they are cut from, they can be 5 to 7″ long.

Flanken-style short ribs come from the meat between two joints: the first and second joints (ball and socket) or the second and third joints. The meat is removed from either side of the ribs and then cut into strips approximately 1/4 ” to 3/8 ” thick, creating fla ken style beef short ribs.

These are typically 6″ long when crosscut and 7″ long with the bone in the first cut from the chuck section.

Where To Buy Short Ribs?

Short ribs can be bought from most supermarkets, butchers, or specialty stores such as Whole Foods. They are sold both individually or by the pound. When buying short ribs, it is important to inspect them for any signs of damage like bruising or liquid leaking from the package, indicating spoilage or a compromised seal.

What To Serve With Short Ribs?

Short ribs pair well with many sides, including:

To add more flavor to these popular cuts of meat, they are often served with side sauces made using pan drippings that contain caramelized sugars and buttered breadcrumbs. 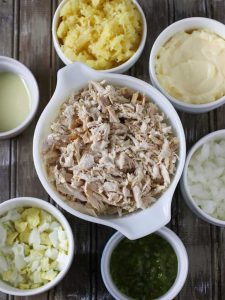 How to Make Chicken Sandwich Spread Filipino Style – Sandwich spreads comes in a variety of forms. If you’re craving something savory, you should try 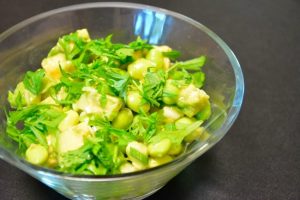 Avocado Salad – I would like to obtain an avocado in my garden, but I’m not sure it would grant me so many avocados. Or 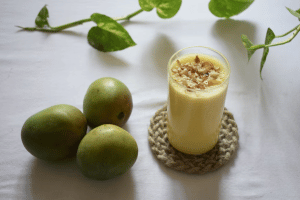 Simple Breakfast Ideas That Will Help You Happily Start Your Day

As someone who values a good night’s sleep, I’m always looking for breakfast ideas to help me get out of bed feeling refreshed and ready 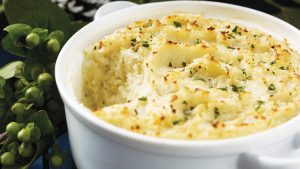 Do you like mashed potatoes, but at the same time you want to be free of the very starchy potatoes? If you say so, here